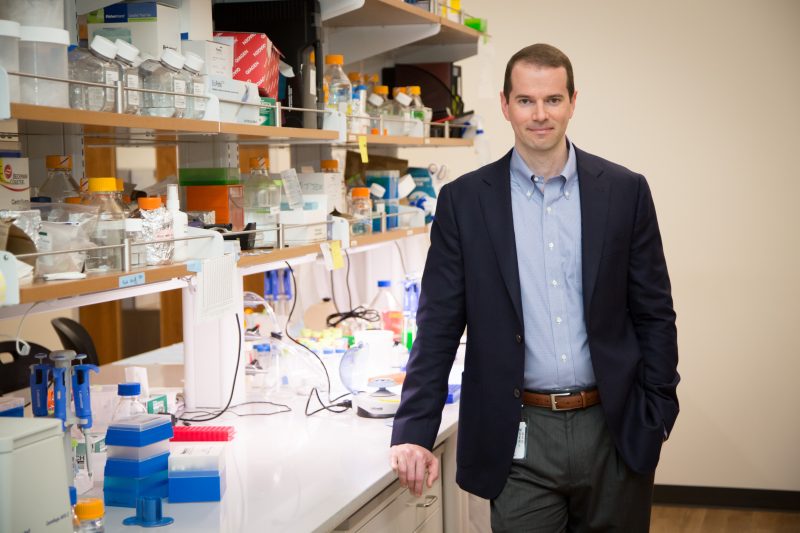 It’s football season and while it might seem odd to consider Vince Lombardi when you think about scientific research, it’s not really a stretch, no pun intended. You might not see a correlation, unless you know that Lombardi wasn’t only one of the greatest coaches in the history of the sport, he was also a leader who shared his philosophies on commitments to excellence.  No stranger to habit and discipline, Lombardi’s team demonstrated the hard work required to be number one; all of which are echoed in the research community.

Like football, the process of research has its fair share of false starts and fumbles, and although the objective is to make forward progress and advance the goal, success doesn’t happen overnight. Advancing science requires many of Lombardi’s fundamentals.  Habit. Results. Passion. Echoed in various fields, academics, business, and politics have all shared sentiments similar to Lombardi’s statement that, “Hope isn’t a strategy.”

Lombardi: “The measure of who we are is what we do with what we have.”

Dr. Gregory Dussor’s career in migraine research isn’t built on hope.  As a leader in migraine studies, and associate professor in Behavioral Brain Sciences at UT Dallas, his playbook is built with a desire to make the quality of life more fulfilling for others who suffer from this debilitating disease.  As a 2008 recipient of the Future Leaders in Pain Research Award from the American Pain Society, Dr. Dussor’s dedication and effort created the exposure to propel his team to continue advancing the field of migraine education. In 2013, he was awarded a grant from the Migraine Research Foundation for a current study, Afferent stimulation of the trigeminovascular system produces central sensitization via BDNF signaling in the nucleus caudalis. The third most common disease and the most common neurological disorder, Dr. Dussor writes, migraines affect “up to 33% of women and 13% of men at some point in their lives”.  That’s one billion people, according the Migraine Research Foundation’s website, worldwide.

Migraines are not your regular headache. For those who suffer, living with the disease means coping with a variety of ailments such as anxiety, aura, depression, hypersensitivity, nausea, sleep disorders, and an increase in pain during physical activity. Such conditions can lend even themselves to phobias, like photophobia, and pain symptoms can exist for many days at a time.  Ultimately, this can diminish an individual’s quality of life.  A great deal is still largely unknown regarding the mechanisms that contribute to migraines – and the disease receives far less attention than other types of pain or diseases such as Alzheimer’s and Parkinson’s.

Dr. Dussor tells us, “Until we get a better handle on exactly where they originate, how they perpetuate themselves, and what the underlying pathology is, we’re not going to be able to design better drugs for migraine, and the drugs that we currently have are not very good.”

Dr. Dussor tells us, “Until we get a better handle on exactly where they originate, how they perpetuate themselves, and what the underlying pathology is, we’re not going to be able to design better drugs for migraine, and the drugs that we currently have are not very good.”

In an interview on KERA last year, Dr. Dussor answers questions associated with migraine research, prevention, and relief, as well as discussing some of the mysteries of what occurs in the brain during an attack that he and his team are working to understand.

Migraines are also burdensome economically, especially for those who are uninsured. Treatments can range from over-the-counter medications and pain relievers to anti-depressants, massage therapy, and neural transmission devices, but is not the sole financial factor.  Missed work days not only impact employees fiscally, but lost productivity also affects employers, as well.  According to the Migraine Research Foundation, healthcare for a migraine sufferer is 70% more expensive than a non-migraine sufferer.

Lombardi: “Hope is not a strategy.”

There is a long list of triggers that lend themselves to insight in research.  Foods, light, smells, and stress can all play a part in stimulating a migraine, particularly stress; the leading cause. If learned and avoided, patience can decrease an individual’s risk of an attack. Dr. Dussor reminds us: “Many patients don’t know and haven’t identified their trigger.”

What type of treatment is available?

Though it has significant impact on their life, Dr. Dussor adds, “Unfortunately, migraine is too common and doesn’t kill you. Minimized as disorder as it’s not ‘scary’ and lethal, such as Alzheimer’s and Parkinson’s.”

According to his research in ASICs as therapeutic targets for migraine, current therapies only provide “complete relief in less than 50% of migraine patients”.  Migraine medications are also often limited to a number of uses, and Dussor’s team also faced issues regarding pain control or side effects that were unbearable for patients.

Patients often ask if there is promise in the future of migraine therapeutics.  Dr. Dussor says there is hope. His research examines “the role of novel targets in migraine pathophysiology” or acid-sensing ion channels (ASICs) and he is excited about the developments and new therapies that will bring relief into the daily lives of those who suffer.

Lombardi: “The quality of a person’s life is in direct proportion to their commitment to excellence, regardless of their chosen field of endeavor.”

A member of the American Pain Society (APS) and Editorial Board for the PAIN journal and a study section member at NIH/CRS, Dr. Dussor makes sure to score some personal downtime for himself.  Jokingly, Dr. Dussor tells us, “It’s usually something related to coffee, or wine, or whiskey…some sort of liquid.”

Certainly a hard days work should be rewarded – and we’d be happy to bring the Gatorade.