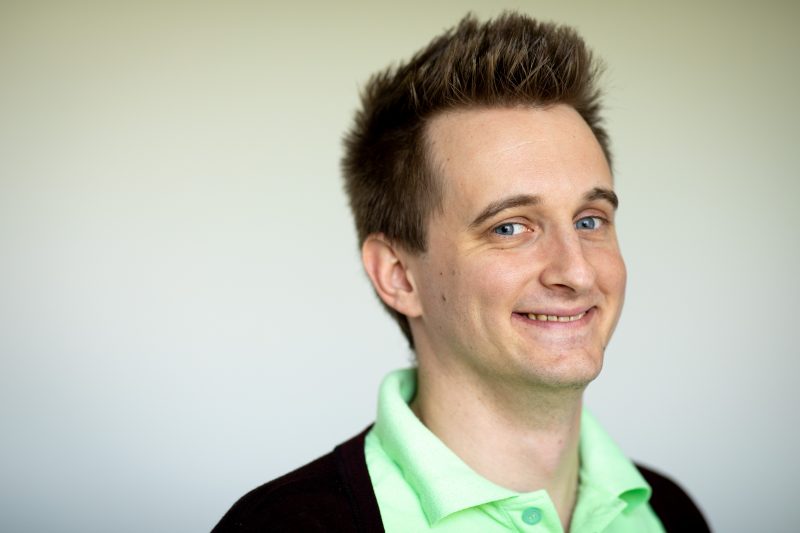 Last summer, Andrew Stoeckl traveled to Guyana with Dr. Anthony Cummings of the Geospatial Information Science department at UT Dallas to look at human-wildcat interactions. Since returning, he has been analyzing obtained data to be included in various publications. During our conversation, Andrew reflected on his favorite aspect of research and lends advice to students hoping to get involved.

Describe your research for a lay audience.

So, last year I was approached by Dr. Anthony Cummings of the geographical information systems (GIS) department here at UT Dallas to look at the nature of human and wildcat interaction in Amazonia; specifically, the Rupununi Region and surrounding areas of Guyana—which is a Caribbean coast country in South America.

Our research itself consisted of, beyond studying the nature of that conflict, looking at how humans and big cats interact. We did that by conducting workshops and interviews with everyone from indigenous folks to the governing folks of Guyana to really gage perceptions about big cats. We wanted to do a study which is called the potential-for-conflict index and that’s the likelihood that communities are going to respond to a big cat or other predatory animal with conflict. So, there’s a modeling system done by Jerry Vaske in University of Colorado which is what we ended up using. So, with the interview data—most of it was qualitative data—so we quantified it and came up with values for those different perceptions of big cats. That was typically how likely are you to kill a jaguar based on its proximity to you and your feelings towards it: do you like Jaguars; do you appreciate them for their natural beauty, etc. So, once we have all that data, we use a statistical summation to formulate how likely there is to be conflict in a certain community based on ethnicity, stakeholder, etc.

Lastly, since there is the GIS component to the research, we take all of that data and come up with a model spatially as to how conflict might happen or where we can maybe see a higher likelihood of conflict happen based on these values and future development. So, let’s say a group of minors want to go into an area. Based on their potential for conflict with big cats, they might be more prone to have conflict in these areas based on attitudes with big cats. That’s the quickest and simplest way to frame the research. There are other components that go into it. We’re also looking at the pure trophic interactions of animals in Guyana so your perceptions about wild animals that might be in your area. Whether it’s “I feel as if I have a lot of labba and acute” which are small mammalian animals in Guyana or “I feel as if I have a lot of jaguar puma or jaguarundi.” So, we look at that and try to compare it to real models of species diversity within the country.

What is the most interesting discovery you have encountered thus far?

The most interesting discovery of our research so far is that we’re seeing a much higher chance or probability happening with individuals who live close to urban centers. Typically, the people in indigenous communities or are living farther away from urban centers are less prone to get into an active conflict with a wildcat in their area which can be for a multitude of reasons. We predict that that conflict is less likely to happen because there is a certain aspect of ecotourism as well as the predatory animals themselves have larger ranges to hunt natural prey. The big problem we have in urban centers is that older cats have a harder time catching natural prey so they find easier targets which end up being people’s domestic animals and livestock.

What is your favorite aspect of research?

Being in the field. We spent about two months in Guyana last summer and that has to be my favorite aspect of it. The workshops were engaging; they were fun. I got to meet a lot of people doing that—and that’s always been my favorite aspect of research. I don’t mind plugging stuff into spreadsheets but it’s certainly not the most rewarding part. And then, of course, offering remediation. Being able to go back to these communities and individuals and educating them in ways to prevent future conflict. I think that’s another really rewarding piece of the research puzzle.

What advice would you give students looking to get into research?

My advice that I would give someone that’s looking to get into research would be to ask questions. For me I was always very interested in what the professors were doing. Sometimes students don’t see that aspect of what professors are doing. Unfortunately, sometimes there’s not enough done to help students get involved with what their professors are doing. We have a lot of GIS professors that are doing a lot of interesting and cool stuff and Dr. Cummings is included in that. So, I started asking him questions about his research and he saw that I was interested and eventually it was an invitation to go work for him. So, what I would tell myself is to ask more questions.