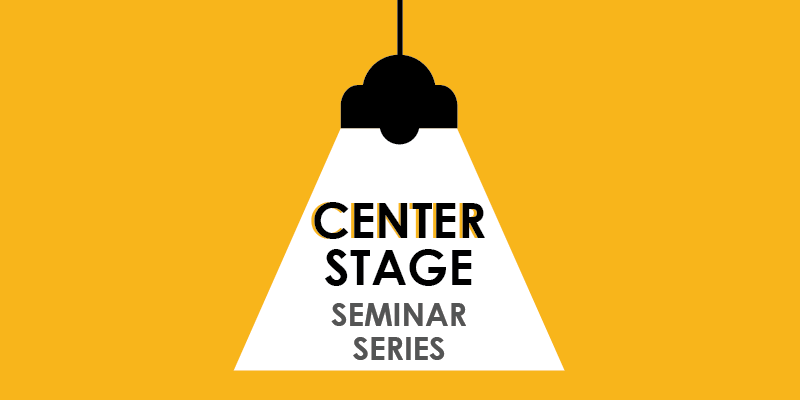 The Center Stage Seminar Series events showcase the brilliant research taking place at The University of Texas at Dallas Centers.

In this Center Stage Seminar Series event, Dr. Mario Rotea, Professor of Mechanical Engineering, Erik Jonsson Chair Department Head, and Co-founder, Site Director of WindSTAR at The University of Texas at Dallas, explains the research taking place at his center.

Dr. Mario A. Rotea is the holder of the Erik Jonsson Chair in Engineering and Computer Science at the University of Texas at Dallas, where he is also the department head of mechanical engineering and the director of the Center for Wind Energy. Rotea spent 17 years at Purdue University as a professor of aeronautics and astronautics, developing and teaching methods for the analysis and design of control systems. He also worked for the United Technologies Research Center as a senior research engineer on advanced control systems for helicopters, gas turbines, and machine tools. Rotea was the head of the Mechanical and Industrial Engineering Department at the University of Massachusetts Amherst, where he expanded the department in the area of wind energy and applications of industrial engineering to the health care sector. His career includes terms as director of the Control Systems Program and division director of Engineering Education and Centers at the National Science Foundation. Rotea is cofounder of WindSTAR, an NSF Industry-University Cooperative Research Center aimed at bringing together academia and industry to advance wind energy through industry-relevant research and education. Rotea joined UT Dallas in 2009 to serve as professor and inaugural head of the then newly-created mechanical engineering department. He is a Fellow of the IEEE for contributions to robust and optimal control of multivariable systems. Rotea graduated with a degree in electronic engineering from the University of Rosario. He received a master’s degree in electrical engineering and his Ph.D. in control science and dynamical systems from the University of Minnesota.