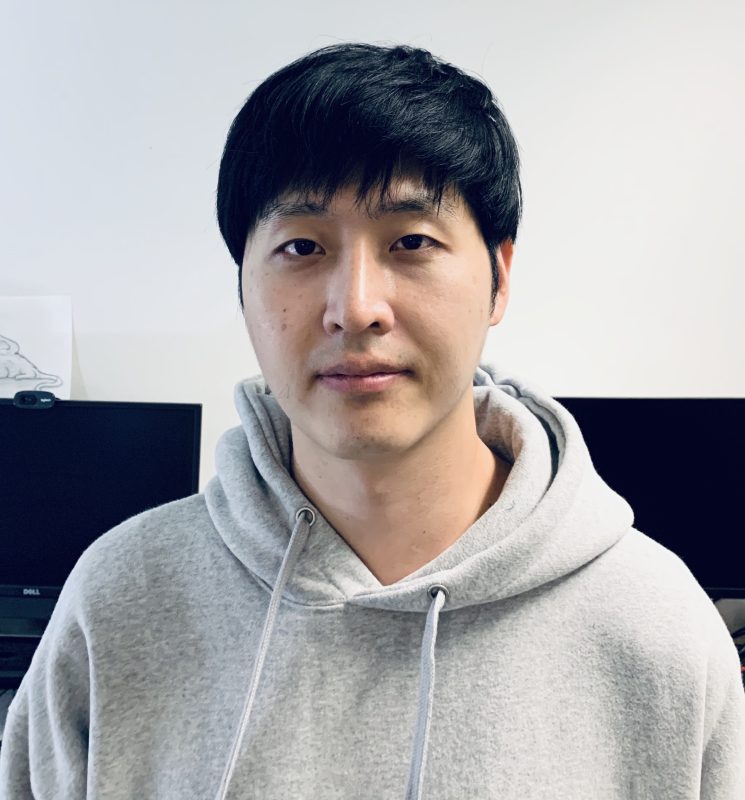 The Human Subjects Research Office is pleased to announce that Hyun-Woong Kim, member of the Speech, Language, Music (SLAM) Lab, has been selected as the recipient of the Fall 2022 HIVE Award!

Mr. Kim is currently a graduate student in the Cognition and Neuroscience PhD program with a Master’s degree in Psychology from Korea University. He moved to UT Dallas approximately two years ago from the Ohio State University with Dr. Yune Lee, his doctoral advisor.

When asked to describe his research, Mr. Kim shared the following: “I have a broad interest in psychological and neural mechanisms underlying human perception and cognition. My current research is focused on investigating temporal processing mechanisms that allow us to build up a coherent representation from a seamless stream of auditory events such as music and language.” Mr. Kim is passionate about this research, something that is evident as soon as he begins talking about his work. He believes the temporal processing system would be important for basic perception and action as well as higher-order cognition such as language.

While he is a natural educator, excited to share his knowledge and passion with others, his favorite part about the research is the whole process of designing the experiments and analyzing the data. He loves determining how to efficiently address the research questions and finds it particularly rewarding to analyze research data, as it either supports the original hypothesis or teaches something unexpected.

Since Mr. Kim’s research is aimed at human perception and cognition, he is actively engaged with human subjects research and serves as a role model for other students in the SLAM lab. When asked about Mr. Kim, Dr. Lee shared that he has an excellent work ethic and plays a pivotal role in the lab. “I am so thankful to serve as his mentor,” stated Dr. Lee.

As a child, Mr. Kim did not imagine that he would be a researcher. It wasn’t until his college years when he read Matter and Memory, a book by French philosopher Henry Bergson, which questions how we perceive the world and build memory. It presented a way to approach philosophic thought, built on scientific evidence. Mr. Kim found this intriguing; something he wanted to explore. He decided to major in psychology as an undergraduate which ultimately led him to pursue a career as a researcher. While this may not have been a life-long dream, it is evident that Mr. Kim is dedicated to achieving his goals and hopes to become an independent researcher in the Cognitive Neuroscience field in the future.

The Human Subjects Research Office is proud to include Mr. Kim as a member of the HIVE!