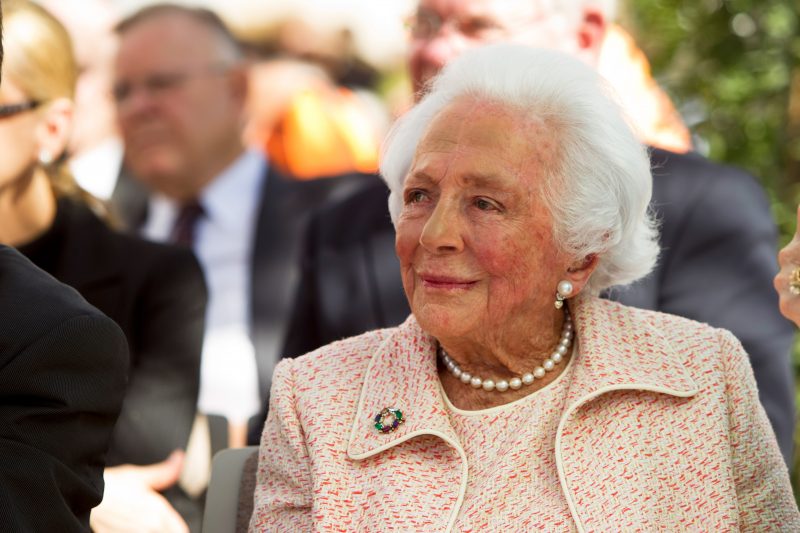 The Office of Research would like to recognize the legacy of Margaret McDermott and her contributions to UT Dallas and the community.

“Margaret Milam McDermott, whose philanthropic gifts made historic impacts on the educational and arts institutions of her native city of Dallas, has died at the age of 106. As the pre-eminent private benefactor of The University of Texas at Dallas, she made a sequence of major gifts to the University, starting in 1995 and continuing through this past autumn, that have profoundly transformed the human and physical dimensions of UT Dallas.

Margaret Milam was born in Dallas on February 18, 1912. She grew up in Munger Place, now a historic district of Dallas, and graduated from Highland Park High School in 1929. After her college years, she spent five years as the society editor of The Dallas Morning News, describing the experience in her 2012 memoir Reflections as “equal to a PhD in living and learning.” In 1943, she joined the American Red Cross, serving in India at the air base from which American pilots flew supplies “over the hump” into China. She remained with the Red Cross after the end of World War II, spending three years in Germany and one in Japan, where the devastations left by the war made profound impressions on her.”