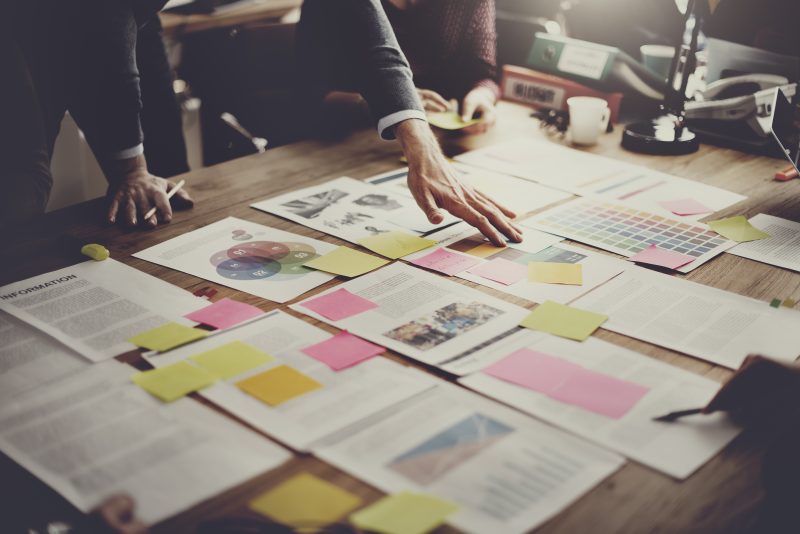 My son and a team of fellow elementary students did an experiment for school to see how much the splash pattern grew when you increased the height you dropped a water balloon. They still don’t know the answer to that question because the kids didn’t get the balloons high enough to pop the balloons, let alone leave a splash. They still did the presentation, reporting their findings (essentially that a water balloon won’t pop if you drop it from four feet or less), and opened up to questions from their classmates.

“So, how does this project help people?” one student asked.

“Oh, it won’t,” a team member replied, “but we were curious to see what would happen.”

It was a completely honest answer and for a fifth grade science project, probably good enough. When asking for funding to do your research, well, you will want to consider a better answer.

In this case, the better answer is one in line with the sponsor’s goals. After all, you selected that sponsor for a reason. So, let’s chat about how to do that while still staying true to your research goals. You should do things because you are curious. Moreover, I suspect your entire research career path has been because you wondered about something and I can’t think of a good reason why you should stop now. But curiosity by itself does not generate a lot of external research money.

So, let me tell you another story. While I don’t know if Michael Faraday actually got any funding (or was even looking for it), the following wins “best response in line with a sponsor’s goals.”

Michael Faraday demonstrated his work with on electromagnetism to a group of important British politicians. One of them, the Chancellor of the Exchequer (responsible for all economic and financial matters in the British Cabinet) asked what electromagnetism was good for. Faraday responded, “Why sir, there is every probability that you will soon be able to tax it.”

You and I would probably agree that Faraday’s work was good for a whole lot more than a taxation source, but we are not responsible for Great Britain’s financial health. For someone who is, there isn’t a better answer than hearing an invention may serve as an entirely new revenue source.

This may seem a little cynical—that people and organizations really only care about things that impact them. Granted, but if you want someone’s money, you’d better make sure you provide a good reason and “it’s what you want” is pretty compelling!

So, how do you find out what a sponsor wants?

It depends on the sponsor. However, no matter the sponsor, the answer is an Internet search away.

For many, especially federal sponsors, all you need to do is search for the sponsor’s strategic plan. NIH, for example, has plans for their centers, the NIH as a whole, and interagency action plans. But keep in mind the federal sponsors answer to Congress and the White House, so it is worth checking out some of those documents, including the STEM Education Five Year Plan, as well as the Science and Technology Priorities memo written by the directors of the Office of Science and Technology Policy and the Office of Management Budget. This memo comes out each July and is worth reading.

Reading the plan will give you a very clear picture of what the organization wants to accomplish.

For large foundations, you need to do a little digging around the website. For example, while the Bill and Melinda Gates Foundation does not have a strategic plan on their website, they have annual reports and a page called “How We Work” which includes links like “Find Out What We Do Not Fund” and “Awarded Grants.” Between those publications, you can get a good idea of what the Gates Foundation will and will not fund, even if they don’t have a strategic plan on their site.

For smaller foundations, I like the Foundation Directory Online by the Foundation Center. The free information is pretty handy and has things like the 990s which list grant recipients for the year, although not what the grant was for. So, for example, the Horace C. Cabe Foundation is an organization that focuses mostly on southwest Arkansas and northeast Texas. It gives “primarily for education, health care and hospitals, including children’s hospitals as well as children and youth services.” From July 1, 2013 through June 30, 2014, the organization gave $1,814,380 in 118 grants (high: $159,000; low: $100) to a variety of organizations, including Scottish Rite Hospital, the Special Olympics, and the Texarkana Symphony. That isn’t a lot of information, but I learned enough to tell you that the Cabe Foundation does fund projects in Dallas, the youth education appears to be informal education, and most of their money goes to medical programs.

Foundations of any size answer to their boards. If you are going to submit a proposal to a foundation, I recommend that you take a moment and see who is on the board. What is important to those members is going to be important to the foundation and will impact how grant dollars are distributed.

Once you have the information on what the sponsor wants, it becomes a matter of determining what piece of your research plan is in line with their goals. Your life-long research goals are probably not going to be covered by one solicitation program and certainly not with one round of funding, so dividing your research into pieces is something you are going to have to do anyway, so you might as well make those pieces as desirable to sponsors as possible. While this can be a bit of a challenge, if it seems impossible, I suggest you step back and make certain this sponsor is right for your research because there are some sponsors who are simply not compatible with your research.

So, let’s go back to the water balloons and see how we can make that experiment fit some sponsor goals. The stated research question was: “How does the height a water balloon is dropped impact the size of the splash?”

And the student’s question was: “How will that help people?”

With the understanding that I think the fields of water balloon development and blood spatter forensics have both advanced beyond the research in question, I did come up with more “sponsor-focused” answers to that question: