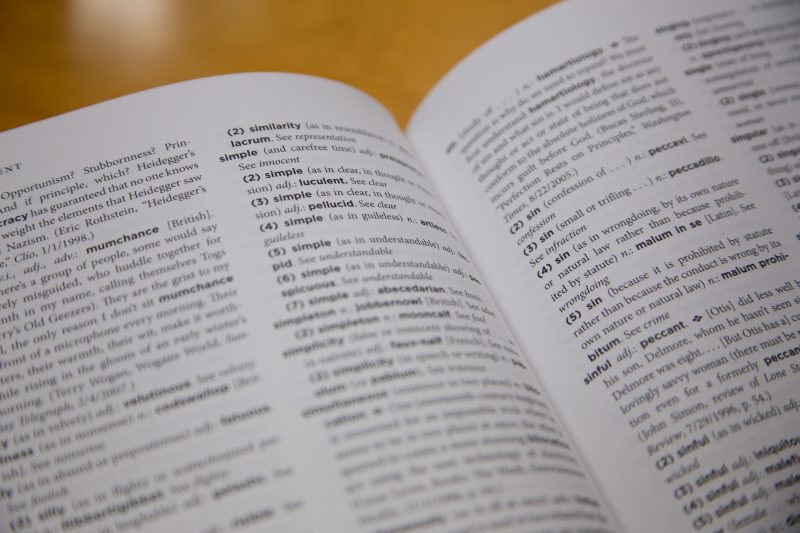 Summarizing your research in layperson’s terms is a critical skill to get funding. It is also a requirement of nearly all grant applications.  Funding organizations will ask you to summarize your work for the people they answer to, which means you need to be able to explain to Congress (or perhaps a Board of Directors at a foundation or other organization) why your work is important, knowing the readers of that abstract do not understand even the larger points of your research.

Once you figure out how to do this, you will find that writing grants becomes much easier.  Still, it is an “ah-ha!” moment that can be difficult to trigger.

You need to understand three things about writing for the layperson:

Despite what you are told, writing in layperson’s terms isn’t just simplifying the language and the concepts to a high school level; it is moving to a different kind of “what” and “why.” But before we move on, let me make this clear: You cannot make your language too simple for the layperson. It may sound like “see Jane run” to you, but that is all right. In fact, it may well be perfect.

However, thinking of this writing as just “making it simple for the people who don’t know your work” assumes the heart of the problem is that laypeople don’t understand the concepts. They don’t, but the assumption is false because to the layperson, that isn’t the problem. They don’t understand the concepts because they never wanted to learn the concepts. They do not want to know why the research might do something, they want to know what it can do. In other words, when standing in the dark, few care why flipping the light switch will cause the lamp to light, but everyone wants to know that flipping that switch will allow them to see where they are.

So, the first thing you need to do is forget the idea of making it a teachable moment, or at least a teaching moment about the scientific concepts behind what you want to do. The layperson reading does not want to be taught about your research field.  This is fine because you are, and they were interested in a field that does not interest you. “Different strokes for different folks,” as the saying goes.

But if the layperson is reading your writing, there is obviously an overlap of interest that needs to be addressed.

But if the layperson is reading your writing, there is obviously an overlap of interest that needs to be addressed. So let’s address it.

To illustrate what it is the layperson wants to know, I have a transcript from the movie The Avengers in which Steven Rogers (Captain America) and Tony Stark (Iron Man) are working together to try to get an engine running so that the ship they are on will stay in the air. For those of you not familiar with the movie, Tony Stark is much more tech-savvy than Steve Rogers. So, for the purposes of my point, think of yourself as Tony Stark and the layperson you are writing for as Steve Rogers.

I’ll let the movie take it from here.

Steve Rogers: The relays are intact. What’s our next move?
Tony Stark: Even if I clear the rotors, this thing won’t re-engage without a jump. I’m gonna have to get in there and push.
Steve Rogers: Well, if that thing gets up to speed, you’ll get shredded!
Tony Stark: Then stay in the control unit and reverse polarity long enough to disengage mag…
Steve Rogers: Speak English!
Tony Stark: See that red lever? It’ll slow the rotors down long enough for me to get out. Stand by it, wait for my word.

What I want you to notice is the difference in what Tony Stark says before and after Steve Rogers tells him to “speak English.” Stark needs Rogers to reverse polarity of the rotors so he can get out before the blades start moving faster than he does. But the way Rogers will achieve that is to pull the red lever. Rogers’ goals are very similar to Stark’s (Rogers wants to keep Stark safe and keep the ship in the air), and all Rogers wants to know is how to achieve his goals. Like the light switch example, what the red level does beyond help keep Stark safe and keep the ship from falling out of the sky is of no interest.

You and the layperson have very similar goals.

This is where you, as a grant writer, need to shift your thinking. You and the layperson have very similar goals. You need to explain to the layperson how your research makes those goals happen. Metaphorically, your project is the red lever. If the layperson pulls the lever (funds your project), what happens that directly helps the sponsor’s goals? That is what they care about, especially at first. They don’t care what happens in the machinery once the lever is pulled, and they will not thank you for explaining it to them.

For an example in the real world, look at the UT Dallas NewsCenter article “Grant Will Fund Team’s Breast Cancer Work”. In this story, we learn Dr. Lee and his group are doing research “that may lead to more effective treatments for breast cancer and methods to prevent its recurrence in patients.” For a layperson interested in this, you have caught their attention. The question you need to answer next is “okay, how?” The answer is literally the next sentence: “Lee’s research will support research aimed at identifying biological targets on breast cancer stem cells that might be susceptible to novel tumor-suppressing drugs.”

For some of you, this didn’t get specific enough. But to the layperson, it may be enough. Lee’s work will help fight breast cancer by finding better ways of treating it. Got it, thanks.

For the laypeople that want more details regarding Dr. Lee’s project, they have a foundation to move forward.

The layperson wants to know about the future of your research.

And that notion of moving forward is the final point I want you to remember. The layperson wants to know about the future of your research. While, for a grant application, you should establish why your hypothesis is scientifically sound and stands on the shoulders of researchers who came before you. For the portion for the layperson, stay away from that. Tell the layperson what will happen and why it is important. The layperson is thinking about funding the future and solving the problem that needs solving.