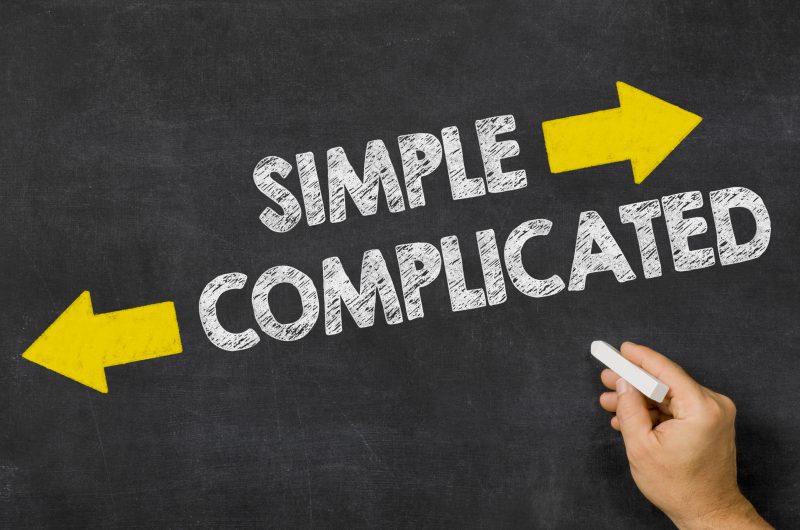 The Importance of Simple Writing

I had one of my favorite conversations recently. A faculty member walked up to me and said he had recently landed a grant from a new (to him) sponsor, in part, he believed because he had worked so hard on his writing.

“Too often, you think that the scientific value will speak for itself even if the writing isn’t good,” he said. “But that’s not true. It needs to be more like something you’d see in the New York Times.”

I showed great restraint and didn’t cheer or throw my hands up in the air in victory, but I wanted to! I just nodded my head enthusiastically and made all the agreement noises I could because he is absolutely correct.

No idea, no matter how simple or how great, can survive poor writing.

I am pretty sure this has been true since writing began. But maybe there was a moment when reading was so new that people were willing to read anything just to read. Assuming there ever was a day like that, it is long gone. Let’s take a moment and all be grateful for that.

What needs to die out next is this myth that somehow a good idea can survive the suffocation of poor writing.

The reason why nothing can shine through bad writing is because readers stop reading. You do it, don’t you? How many pages do you give a book or report or whatever before you stop even trying to read it because it is that bad? Whether it is dense or is overwhelmed by poor grammar and/or bad spelling or lacks any real organization, it doesn’t matter. And for those rare occasions when you have to read poor writing for some reason, don’t you just start skimming? This makes it nearly impossible for a hidden gem to come forward.

I am not saying you must be an award-winning writer to become a grant-winning researcher. But I am telling you there are steps you can take to ensure your reviewers actually read your proposal. There is a huge space between “bad writing” and writing. Also, while some people are naturally better writers than others, everyone can learn to be a decent writer. And by “decent,” I mean “clear.”

Clear writing mostly means getting to the point as quickly as possible.

Take some time to get into the practice of using these tips when editing your proposals. Because the more clearly and simply you write, the more likely you are to follow the advice of President William Taft: “Do not write so that you can be understood. Write so that you cannot be misunderstood.”

While I know Taft did say this, I went ahead and looked it up because I thought I remembered him actually quoting someone else. Epictetus (Greek philosopher) said it first, so should we quote him instead to avoid misinformation?